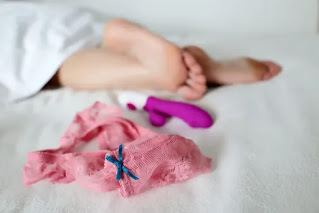 The big lie of the Satisfyer Sex Toy: what lies behind the supposed success of the clitoris sucker!
The propaganda for the fashionable sex toy has been so brilliant and effective that nobody has realized that (almost) it was all publicity.
To this day there is hardly anyone who does not know what the Satisfyer is. For those who don't, it is a clitoral sucker that has become a trend in recent months. For about 40 euros, it promises intense, fast orgasms through supposed waves ... In short, a sex toy that sells female pleasure and has become a  commercial success.
That he is writing this right now is one of the consequences of the device's brilliant marketing campaign, whose name is already a success in itself. But to understand the false? the success of the Satisfyer has to go back to how it started propaganda of the same in Spain.

It all started in the summer of 2019 with a  feminist report that was published in one of the most widely read digital media in the country. The truth is that they did it very intelligently: they had testimonials from real women, data, graphics and videos. The women posed smiling with their Satisfyers in their hands. The device was presented as an act of sexual revolution, in the 21 century, and it was said where to buy it.
In the midst of the fourth wave of feminism and taking into account that six out of ten Spanish women have difficulty reaching orgasm with intercourse, the sex toy landed hard in our country. Having intense orgasms without the need for a man is a little candy at the gates of a school of feminists and allies.

In the midst of the fourth wave of feminism and taking into account that six out of ten Spanish women have difficulty reaching orgasm with intercourse, the sex toy landed hard in Spain

The report put the focus on the toy, and on Twitter, you could see how everyone was falling like flies: "Finally there is talk of the female orgasm", "it was time for us to also tell", "how good that a newspaper keeps a report like this on its cover ", and a long list of applause from men and women who moved the article like wildfire on the web. I was hallucinating with all that.
It should be noted that the clitoral sucker is not a current invention, since the Lelo brand has been marketing it for years, but with less success in marketing, since hardly anyone knows it.

After this report there was a rain of news in the main Spanish media, many with the appearance of being promoted and others with sales links: "The Satisfyer Pro, the star product of 2019" or "Satisfyer: this is the clitoral sucker that triumphs in Spain". Almost all these articles redirect to a website to buy it, which usually brings economic benefits to the medium in question if the reader ends up going through the checkout, to the intermediary (the online store) and the toy company.

Once the information about the sex toy had been placed in the media and has linked it to the feminist fashion revolution, the campaign was already done.

And the more impact, more online searches, more articles, more sales. Once the information about the sex toy had been placed in the media and has linked it to the feminist fashion revolution, the campaign was almost done.
From this moment, only the influencers were missing, such as Moderna de Pueblo, and word of mouth: that women began to try it and speak well of it. But, of course, this was not difficult considering that 1) currently it seems that talking about the female orgasm is transgressive and 2) that most heterosexual women are clitoral (and not vaginal) and do not know it, which leads them to pretend orgasms no longer have them with their partners.

The Satisfyer reveals another sad reality!

If you spend your whole life without having orgasms with intercourse and suddenly a toy arrives that provides them because all it does is stimulate your clitoris, it only means one thing: you did not know that you were clitoral and not vaginal. It's that easy.
Besides how easy it is to 'fool' people by disguising everything as feminism, the success of the Satisfyer hides another reality: that most women do not know how to reach orgasm.

If you spend your whole life without having orgasms with intercourse and suddenly a toy arrives that provides them because all it does is stimulate your clitoris, it only means one thing: you did not know that you were clitoral

A study,  published in the  Archives of Sexual Behavior, in which  52,588 people between 18 and 65 years old participated (26,032 heterosexual men, 24,102 heterosexual women, 452 gays, 340 lesbians and 1,112 bisexual girls), determined that heterosexual women are the least They have orgasms (65%), a figure that contrasts with the orgasms of straight men, who climax 95% of the time, and with that of lesbians, who reach  86%.
The difference is evident: women who have relationships with other women receive more oral sex and their act focuses on what is known as ' foreplay ', which is nothing more than pampering the clitoris, which is the direct pass to female orgasm.

It seemed a horror to me!

To be finished: the propaganda that has been made with this toy has made it a commercial success, and the negative opinions have hardly had an impact. In fact, the publicity has been such that even women who didn't like it have blamed it on " not knowing how to use it well ."
I ended up trying it out of exhaustion of hearing and reading the benefits of it, as I suppose many have done. "If everyone speaks well of him, it will be for a reason." Well, I thought it was a horror, and not because I didn't know how to use it. It is like cunnilingus performed by a clumsy man. If you are a woman you will know what I mean: the typical guy who sucks you in like a straw and hurts you. Well, it is such that so. With skill, you can achieve orgasms with the toy, but they are very brief and not intense. In the end, the whole area falls asleep and you stay to see them coming.

It is a bit depressing that in 2020 it is vindictive that women come, but if this toy helps many to achieve it and manages to pay people's salaries, well, look, welcome